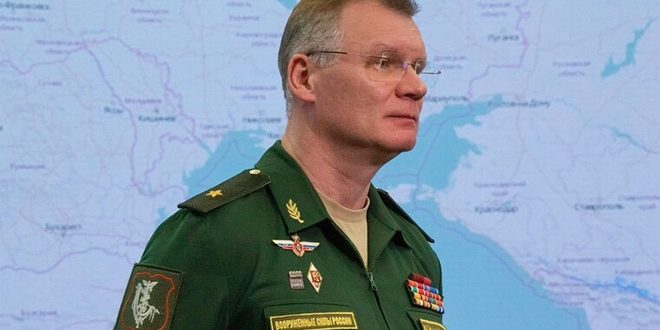 “Overall, the following targets have been eliminated since the beginning of the special military operation: 180 aircraft, 127 helicopters, 1,027 unmanned aerial vehicles, 324 surface-to-air missile systems, 438 multiple launch rocket systems, 1,693 field artillery guns and mortars and 3,218 special military motor vehicles,” the spokesman said, adding that over 3,280 tanks and other combat armored vehicles had also been destroyed.

Russian missile and artillery troops struck about 550 Ukrainian military targets in the past 24 hours in their special military operation in Ukraine, Konashenkov said.

“The missile and artillery troops hit 77 Ukrainian army command posts, 412 areas of amassed manpower and materiel, and also 53 artillery firing positions. In the area of the community of Zavgorodneye in the Kharkov Region, a strike against a pontoon company disrupted yet another attempt by the Ukrainian military to erect a pontoon bridge across the Seversky Donets River,” the spokesman said.

The Russian Aerospace Forces delivered a strike by precision weapons to eliminate a Ukrainian Buk-M1 anti-aircraft missile launcher and a radar of the S-300 air defense system, Konashenkov said.

“Air-launched precision missiles of the Russian Aerospace Forces delivered a strike against the positions of the Ukrainian 10th separate mountain assault brigade in the area of the community of Bakhmut in the Donetsk People’s Republic,” the spokesman said.

The strike eliminated seven command/observation posts and 13 areas of the amassment of manpower and military hardware, the general specified.

In the area of Gusarovka in the Kharkov Region, the Russian forces eliminated an air defense target acquisition and guidance radar, Konashenkov said.

Also, in the area of the community of Barvenkovo, the Russian forces destroyed a launcher of the Buk-M1 surface-to-air missile system and a target illumination and aiming radar of the Ukrainian S-300 anti-aircraft missile system, the general added.

The Russian combat aircraft also destroyed two enemy ammunition depots near the settlements of Spornoye in the Donetsk People’s Republic and Barvenkovo in the Kharkov Region, the general added.

“Russian air defense capabilities shot down a MiG-29 plane of the Ukrainian Air Force over the settlement of Belyary in the Odessa Region,” the spokesman said.

The Russian air defenses also intercepted a Ukrainian Tochka-U ballistic missile near the community of Svatovo in the Lugansk People’s Republic, the general said. 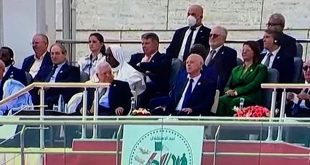