The UN affirms adherence to Syria’s unity and territorial integrity 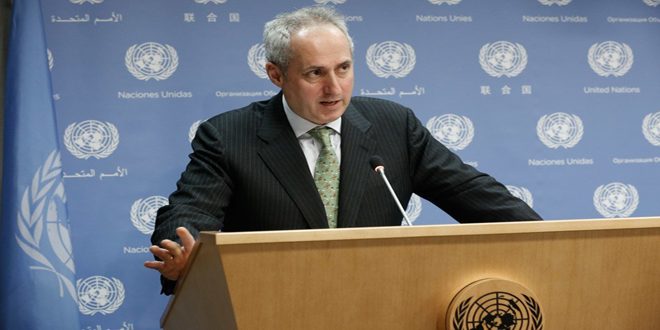 New York, SANA- The United Nations has reiterated its adherence to Syria’s unity and territorial integrity, declaring its rejection of the schemes of the Turkish regime on launching an act of aggression on part of the Syrian territory to establish a so-called “safe” zone in northern Syria.

In response to a question about the Turkish President Recep Tayyip Erdogan’s threat to conduct a military operation at the Syrian border, Stephane Dujarric, Spokesman for the United Nations Secretary-General, said: “We affirm our adherence to our position in support of Syria’s unity and territorial integrity.”

“Syria does not need more military operations by any side, but what it needs is a political solution and more humanitarian assistance…These are the two things that we are working on,” Dujarric added.

The Foreign and Expatriates Ministry said in a statement last Friday that the cheap statements of the Turkish regime’s president about establishing a safe zone in northern Syria reveal the aggressive schemes of this regime against Syria and the unity of its land and people. 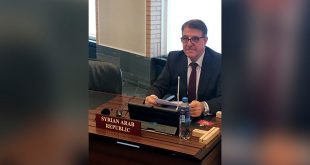 Attia: What Syria has been exposed to within OPCW raises questions about the latter’s ability to carry out its tasks

The Hague, SANA- Ambassador Milad Attia, Permanent representative of the Syrian Arab Republic to the …