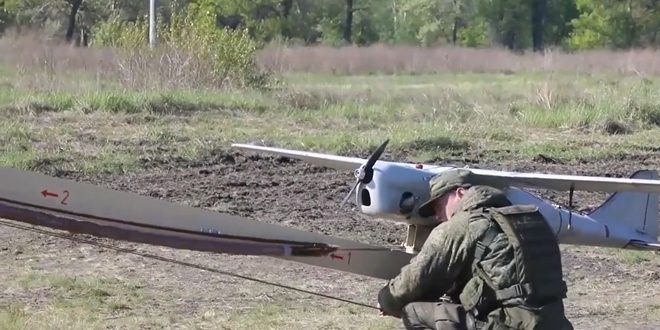 The Ministry said that the Orlan-10 drones participate in the electronic war, conduct reconnaissance trips to the depth of the stationing of enemy forces, and reveal the various military equipment of the Ukrainian Forces, as well as they record and broadcast for the command posts during combat missions.

These drones also monitor the firing positions and conduct precise strikes to these sites using the necessary ammunition that they are bear.

2022-05-17
nisreen
Share
Previous Ambassador Khaddour: Syria develops its national laws in line with international conventions on crime prevention
Next An increase in areas under Pistachio cultivation in Sweida 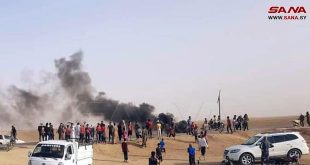 Hasaka, SANA- People of Rmelan area in Qamishli countryside took to the street on Tuesady …