A Palestinian journalist martyred by Israeli occupation fire in Jenin 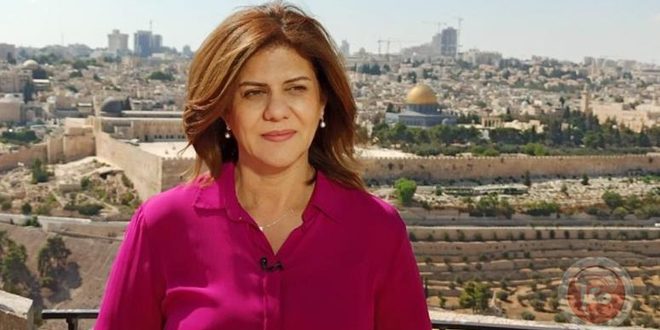 Occupied Jerusalem, SANA- A Palestinian journalist was martyred this morning and another was wounded by fire of the Israeli occupation forces in Jenin in the West Bank.

Wafa News Agency reported that the occupation forces stormed the city of Jenin and cordoned off a house to arrest a young man, and attacked Palestinians, including journalists, by opening fire and poison gas canisters, which led to the martyrdom of journalist Shireen Abu Akleh, after she was shot in the head, and journalist Ali Samoudi was shot in the back.