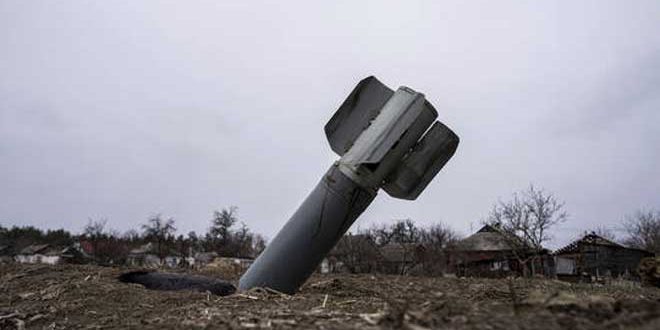 The ministry’s spokesman Major General Igor Konashenkov said that high-precision missiles destroyed equipment at the Kanatovo military airfield in the Kirovograd region, a large ammunition depot and a fuel tank in the city of Nikolaev.

Konashenkov added that the advanced command center of the 17th Brigade of the Ukrainian Armed Forces was also bombed, in addition to shelling four assembly areas for personnel and military equipment, as well as two depots of military equipment at a military airport near Kramatorsk.

“During the night, the missile forces destroyed two posts of the command of the Ukrainian forces and an artillery battery, in addition to two launchers and a transport and loading vehicle for the Tochka tactical missile system,” the Spokesperson said.

Konashenkov added that the Russian air defense systems shot down three Sukhoi Air Force planes over several areas, and 14 drones were destroyed during the night.