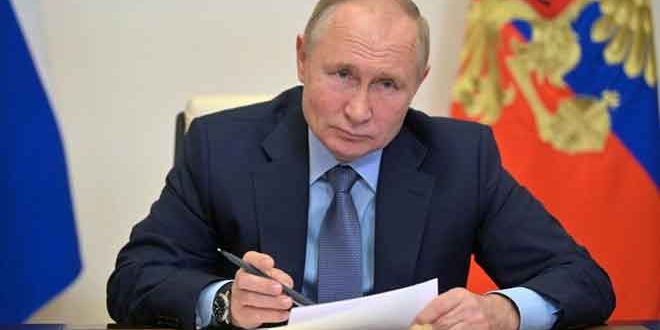 Moscow, SANA- Russian President Vladimir Putin signed Sunday a law stopping the simplification of visa procedures for some categories of citizens of the European Union and non-European countries.

Russia Today website stated that the law provides for the cancellation of some provisions of the agreement concluded between Russia and the European Union in May 2006 regarding simplification of visa procedures between the two sides.

According to the new law, this step comes within the framework of taking urgent measures in response to the unfriendly steps against Russia by the European Union and the mentioned countries.

The law of additional measures to ensure information security of Russia published on the Russian Government Documents website provides for the adoption of a series of steps in this regard.