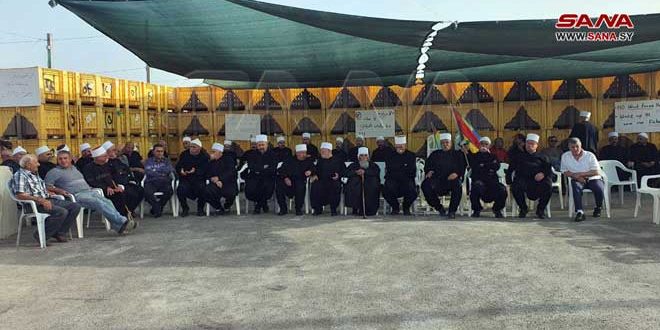 Citizens of Golan on Friday set up a sit-in tent in the Al-Manfukha area, east of Baraka village, in rejection of the occupation plan aiming at seizing about six thousand dunums of their agricultural lands, calling on the international community to stop this settlement scheme that aims to displace them and constitutes a blatant violation of the resolutions of international legitimacy.

The wind turbine scheme is one of the most dangerous colonial and Judaization schemes targeting the occupied Syrian Golan, as it includes the seizure of about six thousand dunums in three stages. In the first, the occupation seized the lands of the displaced villages of Eyun Al-Hajal, Mansoura and al-Taljiyat and built 42 turbines on them with a height of 120 meters, while the second phase targets the villages of Majdal Shams, Masada, Ain Qinya and Bekatha, with the third targeting Tal al-Faras area. 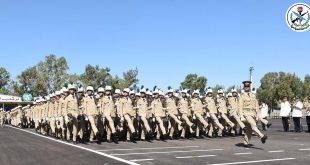