More than 915 thousand refugees from Donbass and Ukraine to Russia 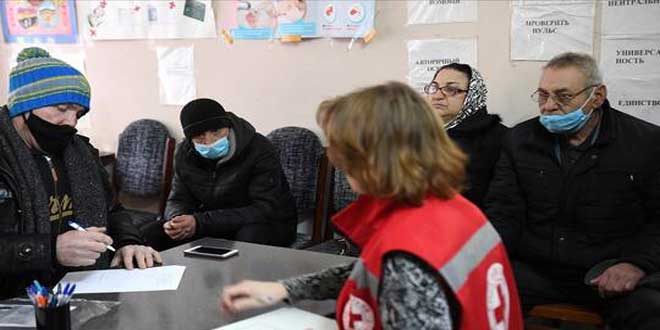 Moscow, SANA- The number of refugees from Ukraine and the republics of Donetsk and Luhansk to the Russian territory has exceeded 915 thousand since launch of Russian special military operation to protect the population of Donbass.

“More than 915 thousand people, including about 17 thousand children, arrived in Russia through checkpoints in Rostov, Belgorod, Kursk, Bryansk and Crimea,” a source at the relevant security bodies told TASS.

According to the source, from 15,000 to 20,000 people cross the Russian border every day coming from Donbass and Ukraine, these refugees are received in five camps, and from there they are distributed to 46 regions in Russia, where there are 483 temporary residence centers.

2022-04-21
Manar
Share
Previous Russian ruble rises against dollar and euro
Next An explosive device blast in a private car in al-Wourod neighborhood, Damascus