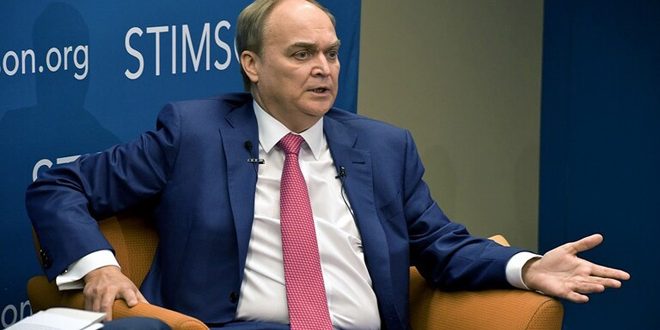 Moscow, SANA- The Russian ambassador to the United States, Anatoly Antonov, has stressed that Washington is exploiting the human rights issue to defame countries and political regimes that are not in line with its policies.

“It is better for Washington, before condemning other countries for violating human rights and freedoms, to be keen on solving their own problems,” Antonov was quoted by RT website as saying on his telegram channel.

Antonov pointed out that “the US State Department’s propaganda publications aim to discredit countries that do not follow Washington’s directions and to obtain an excuse to interfere in their internal affairs.”