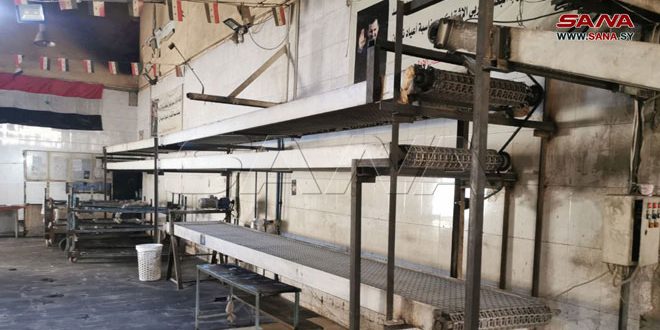 Hasaka, SANA- For the fourth day in a row, the US occupation-backed QSD militia continued its siege of Hasaka city center and prevented the entry of basic materials to it, in synchronization with its continued closure of al-Baath bakery in Qamishli city and depriving citizens of their livelihood.

“bakeries are still out of work in Hasaka city as QSD militia prevents the delivery of flour and fuel to the city center which caused a major crisis in the availability of basic foodstuffs and an increase in the demand for bread,” Director of bakeries’ branch, Abdullah al-Hasr told SANA reporter.

2022-04-12
Mhamad
Share
Previous Putin: Provocations similar to what happens in Ukraine have been organized in Syria
Next Russian Defense Ministry: The artillery targeted 6 Ukrainian sites