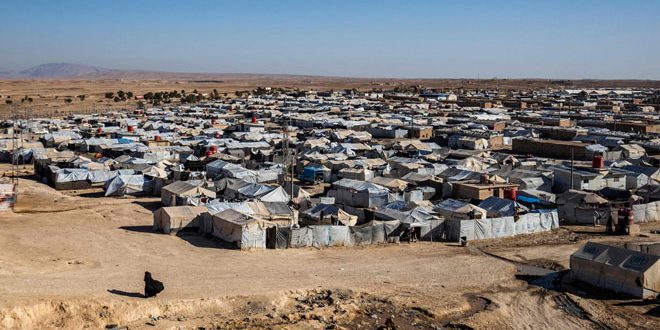 Hasaka, SANA- The US occupation-backed QSD militia stormed one of sections of al-Houl refugee camp, which it controls, east of Hasaka city, and kidnapped a number of its civilians, in light of increasing state of insecurity inside the camp.

Local sources told SANA reporter that armed groups of QSD militia cordoned off the sixth section of the camp, which they control in cooperation with US occupation forces, and kidnapped a number of its residents and took them to an unknown destination.

QSD militia is holding tens of thousands of people in al-Houl camp, east Hasaka city, and runs it in cooperation with US occupation forces, including thousands of Daesh (ISIS) terrorists of different nationalities and their families, whom Washington invests and employs to implement its plans in the region.