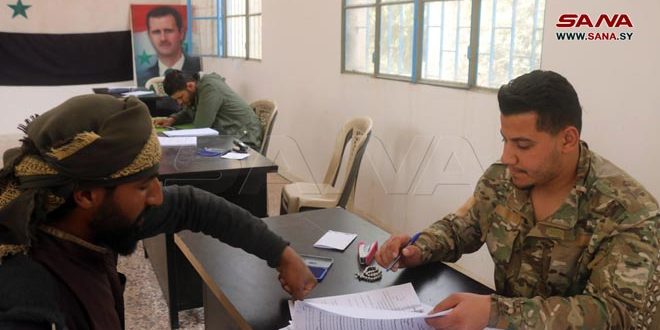 Provinces, SANA-The settlement centers in the countryside of Deir Ezzor, Raqqa and Aleppo witnessed Sunday an increasing turnout by those who are willing to join the settlement process according to the agreement proposed by the State. The settlement process in Yelda town, Damascus countryside has launched for one day in the same context.

The settlement includes the wanted civilians, deserters and those who have evaded the compulsory and reserve military service.

A number of those who had their legal status settled told SANA reporter that the settlement process is an opportunity for them to return to normal life. 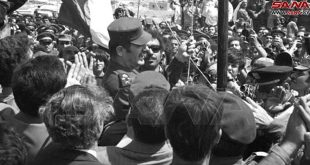