One QSD militant killed, three others wounded in an attack east of Deir Ezzor 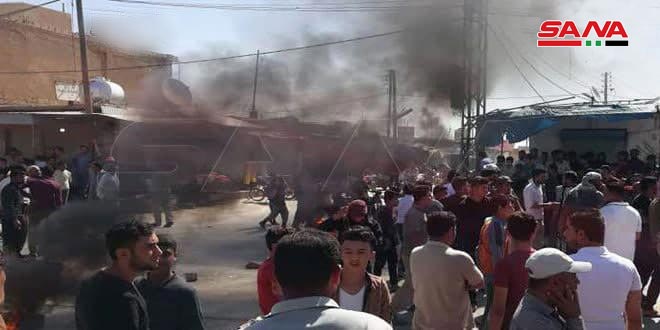 Deir Ezzor, SANA- One militant of the US occupation-backed QSD was killed and others were wounded in an attack east of Deir Ezzor.

Local sources told SANA reporter that an attack by the popular factions with machine guns targeted a military point of the QSD militia in al-Sour town in the eastern countryside of Deir Ezzor, killing of an armed man and the injury of three others.