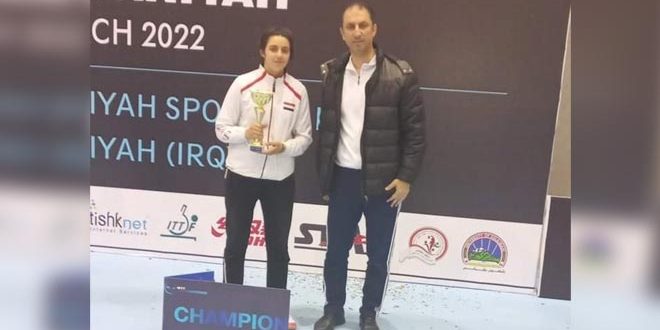 Zaza won the championship title currently being held in the city of Sulaymaniyah, after winning in the final match against an Iranian player in the under 13 -category.