Russian Foreign Ministry: No dialogue with NATO possible amid its supplies of lethal weapons to Ukraine 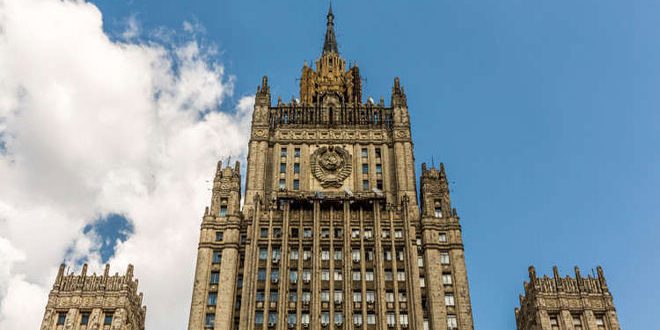 Moscow, SANA- No dialogue with NATO is possible when its member states are supplying lethal weapons to Ukraine, Director of the Russian Foreign Ministry’s European Cooperation Department Nikolai Kobrinets said in a press statement.

At present, the member states of the alliance, mainly the EU countries, supplying lethal weapons to the Ukrainian armed forces, not caring a dime about the international rules and their own codes of conduct, which intended to kill Russian soldiers, therefore under the current circumstances, no dialogue with NATO can be possible, the Russian diplomat added.

NATO’s relations with Russia have been lowered to zero through the fault of the alliance in the past few years, Kobrinets said.

Following the coup in Ukraine in 2014, the alliance decided to halt almost all civilian and military cooperation with Russia, he went on saying.

Kobrinets stressed that urgent contacts with the alliance’s headquarters are currently maintained with the Russian ambassador to Belgium. The military attaché in Brussels maintains military contacts. We receive messages of the NATO secretary-general, requests of possible contacts via these channels.