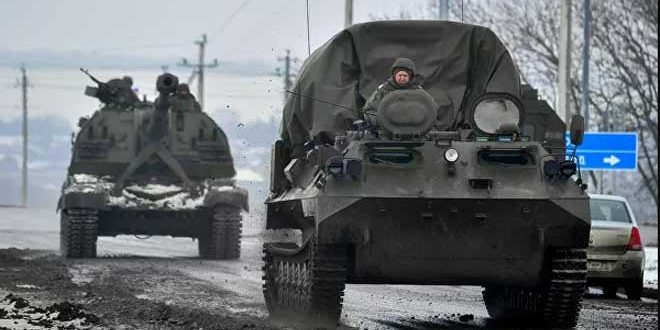 Putin to Lukashenko: Some positive developments in talks between Moscow and Kiev  http://sana.sy/en/?p=266227

Russian Defense Ministry: Mariupol is sieged and streets are mined by nationalists.

Putin to Lukashenko: Some positive changes in Russia-Kiev talks

Putin: Handing over the weapons seized in Ukraine to authorities in Donetsk and Luhansk

Russian Defense forces disable more than 3,200 Ukrainian military facilities since the start of the operation

Russian Defense: Our forces targeted, with high-delicate weapons, a number of Ukrainian military facilities this morning, and the total destroyed targets amounted to 3,213 facilities since the start of the operation.