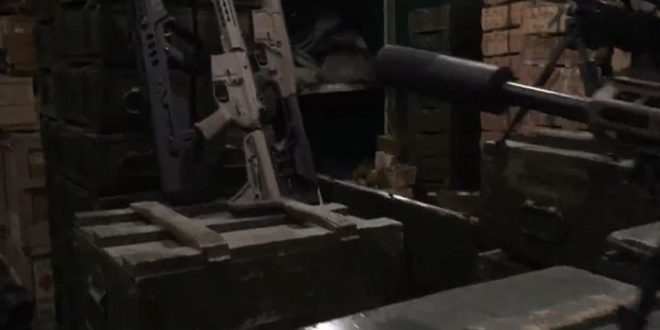 “In the context of taking control of the Ukrainian Zaporizhzhia nuclear plant, more than 500 pieces of weapons, including heavy NATO weapons, and a large amount of ammunition were found in the power units of the plant.”, Russia Today website quoted a representative of the National Guard forces as saying to the reporters.

The representative of the National Guard noted that launching pads for militants were also found at the power units, adding that the fire was opened at the Russian troops from the administrative buildings during the process of imposing control on them.

On March 4, 2022, Russian Defense Ministry announced that it had taken full control of the Zaporizhzhia nuclear plant, southern Ukraine.