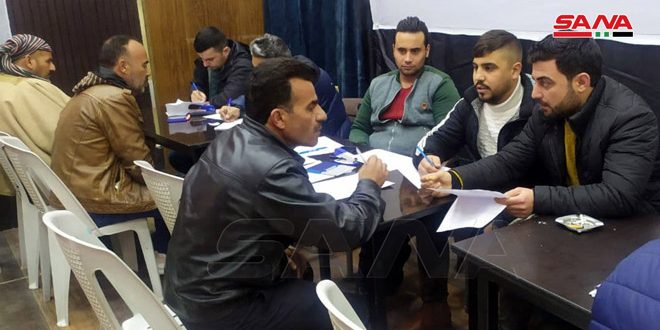 Provinces, SANA- The settlement centres on Tuesday resumed their procedures to receive the wanted citizens and military deserters in line with an initiative set by the state to establish safety and stability in terror-liberated areas.

The number of those who had their legal status settled reached at five thousand in the Syrian northern province of Aleppo.

A special committee that makes procedures of settlement held a mass meeting in Deir Hafer are in Aleppo countryside.

The meeting comprised notables and dignitaries of many local tribes as they stressed the importance of the amnesty decree issued by President Bashar al-Assad which helped thousands of citizens return to their towns and regions to continue their normal lives.

The settlement process will continue during the coming days to pave the way for any person willing to settle his legal case. 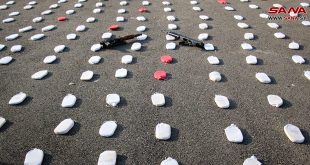