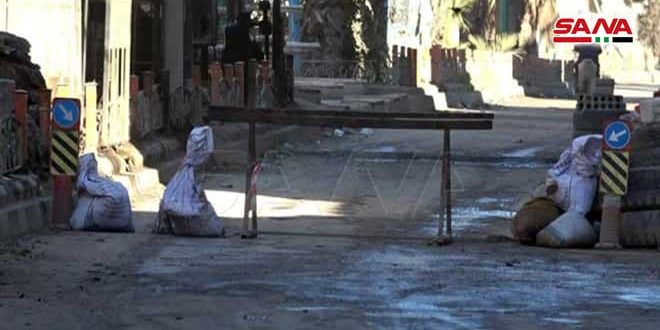 Hasaka, SANA- QSD militia established control over the building of the Social Insurance and Labour in Qamishli city in Hasaka province in the framework of obstructing the governmental service institutions, increasing pressure on the civilians and in an attempt to devote its separatist schemes.

Local sources told SANA reporter in Hasaka that armed groups affiliated to QSD militia has controlled by force the three-stories building of Social Insurance and Labour in Qamishli city in Hasaka province, broke the locks and considered it a military zone which is forbidden to enter.

The militia’s criminal step comes in the framework of completing what it had done in Hasaka city in June 2020 as it occupied by force a number of buildings and fired their workers.