Writer and historian Adnan Qitaz passes away at age of 86 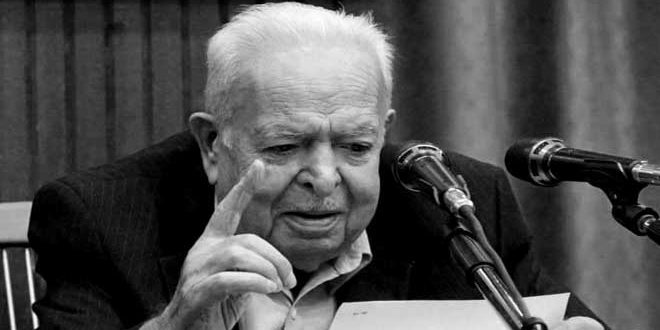 Damascus, SANA- Ministry of Culture mourned the death of poet and historian Muhammad Adnan Qitaz, who passed away on Wednesday at the age of 86 years, which he spent in the service of the history of his city of Hama, the translations of its notables and the revival of its heritage. The late, who was born in the city of Hama in 1936 and acquired study in its schools, worked in his early youth in journalism, then obtained a license in the history department from Damascus University in 1971, where he then practiced the teaching profession, working as a teacher in the cities of Hama and Aleppo and in the State of Qatar, then he was appointed as a supervisor of school libraries in his governorate and as a president of  Educational Technologies Department  in it before devoting himself to research and writing.

Qitaz, who was member at the Poetry Society of the Arab Writers Union, had many remarkable achievements, as he participated in preparing the Syrian Geographical Dictionary and in writing the Facilitated Islamic Encyclopedia, as well as his poetry publications.