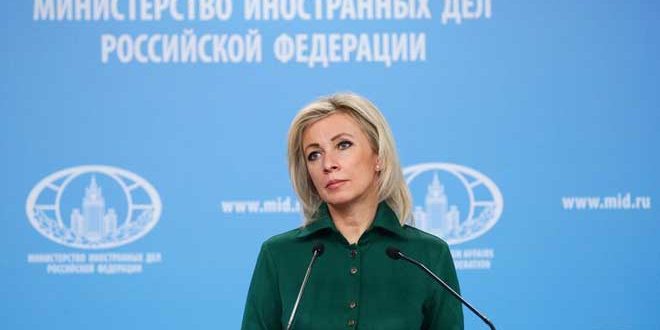 Moscow, SANA- Russian Foreign Ministry said that the only way to guarantee security in Syria is the Syrian state’s regaining its control over its entire territory, calling for an investigation into the killing of civilians during the operation carried out by an American commando unit to kill the leader of Daesh terrorist organization, Abu Ibrahim al-Hashimi al-Qurashi in Idleb northern countryside.

Russia Today website quoted Russian Foreign Ministry spokeswoman Maria Zakharova as saying on Thursday, “the only way to ensure security in Syria is that the legitimate Syrian authorities regain its control over the entire territory of the country.”

She added that Daesh leader presence in Idleb is a new indication that this region, which is out of control of the Syrian authorities, is still used by international terrorists as “safe haven.”