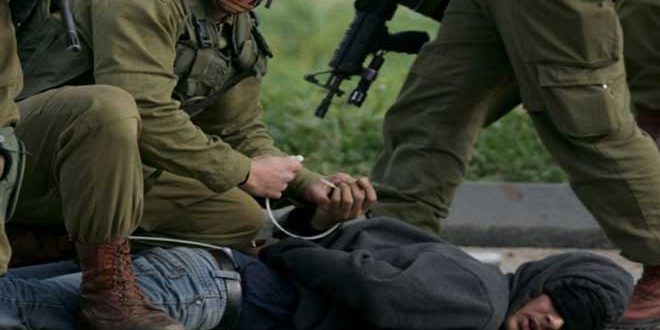 Occupied Jerusalem, SANA- Two Palestinians were arrested on Sunday by the Israeli occupation forces in the West Bank.

On Saturday, two Palestinians were injured and five others were arrested as the occupation troops raided al-Dheisheh camp, south of Bethlehem in the West Bank.