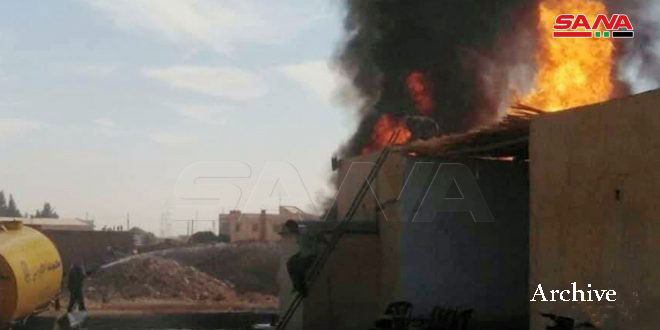 Hasaka, SANA- A number of US occupation-backed QSD militia gunmen were injured after the popular factions has targeted their car with an explosive device in al-Hawl area in Hasaka eastern countryside.

Local sources told SANA reporter that the popular factions targeted, with an explosive device, a military vehicle affiliated to QSD militiamen near Tishreen oil field in al-Hawl district in the eastern countryside, wounding a number of them and destroying the vehicle.

The sources indicated that QSD militia had brought in reinforcements from its gunmen and established a security cordon around the area of  the explosion.

The attacks on the sites and movements of QSD militia have  been  escalating  for several months, during which dozens of its militants were killed in the areas of its deployment in the countryside of Deir Ezzor, Hasaka and Raqqa.