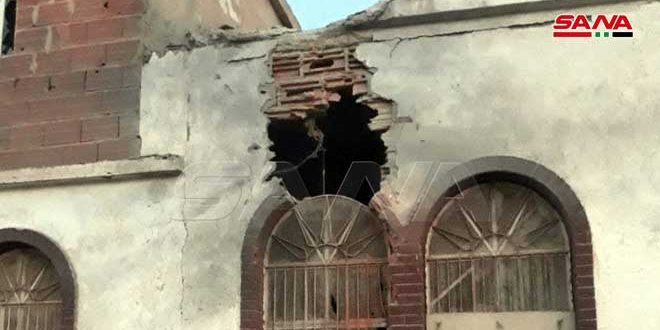 Hasaka, SANA-Three civilians, among them a child and a woman, were martyred and others were injured in artillery attacks of the Turkish occupation and its mercenaries on the village of al-Asadiya and the town of Abu Rasin in the northern countryside of Hasaka.

Local sources told SANA reporter that the Turkish occupation forces and terrorists expanded their attacks, shelling Abu Rasin nearby village of al-Asadiya, north of Hasaka, claiming the lives of three civilians and inuring many others and causing large damage to a number of houses.

Earlier, one civilian was injured and part of the Great Mosque in Abu Rasin collapsed, in addition to other damages in an artillery shelling attack by the Turkish occupation forces and their mercenaries. “Turkish occupation forces and the terrorist organizations affiliated to them in Abu Rasin in Hasaka northern countryside carried out artillery and mortar shelling , injuring one civilian and causing collapse to a big part of the mosque there along with damages to some houses and private and public properties”, local sources told SANA reporter in Hasaka .

The reporter added that the shelling also targeted villages of Tal Shinan ,Dardara , Um al-Keif and Tal Jamaa in Tal Tamer town, causing damages to the houses and public properties. 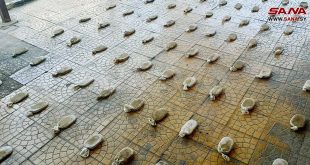