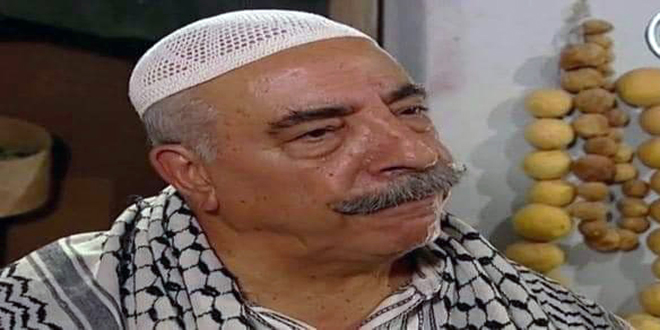 Damascus, SANA- The Ministry of Information and the Artists Syndicate mourned artist, Mohammad al-Shammat, who passed away yesterday evening at the age of eighty-five, during his treatment journey in the United States.

The late artist, born in Damascus in 1936, worked at an early age in private theater groups and art clubs that were active on the Syrian scenes in the fifties and sixties of the last century and achieved a remarkable presence with the stars of the Syrian theatrical comedy such as Abdul Latif Fathi and Mahmoud Jabir, then joined the National Theater when it was established in the sixties of the last century, and he participated in many works.

The most prominent breakthrough in al-Shammat’s artistic career was his participation in the series “Sah al-Nom” starring Duraid Lahham and the late artist Nihad Kalai, where the Arab audience knew him as the character of Uncle Abu Raiyah, who turned into a character that he started repeating in his other works on television, theater and cinema.

Al-Shammat’s health crises started in 1998 after suffering a stroke and he recovered from it after a long treatment and returned strongly to drama.