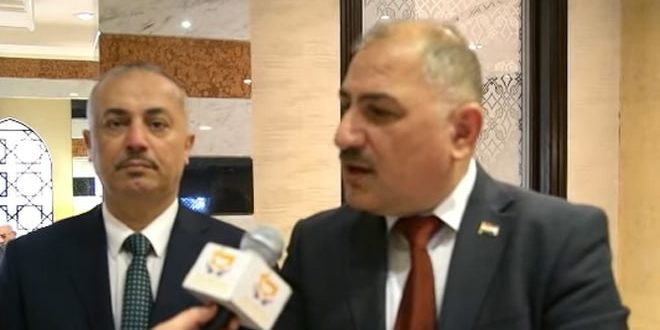 Damascus, SANA-Iraqi Minister of Industry and Minerals, Manhal Aziz al-Khabbaz affirmed the importance of sharing experiences between Iraq and Syria and benefiting from the advanced Syrian experience in the field of industrial cities and zones. The Iraqi Minister’s remarks came during a press statement following his arrival in Damascus on Saturday, heading a delegation of businessmen, industrialists, and officials of the industrial cities to participate in the fourth conference of the Arab Union of Cities and Industrial Zones.

He said that Iraq’s participation in this conference comes as a form of integration between the Arab cities and the industrial zones.

He added that the conference is of great importance for Syria’s return to the Arab embrace and a qualitative shift in the Arab economic integration.

He indicated that this participation will be an active step forward in the cooperation, exchanging experiences, and opinions, pointing to the Syrian experiences in the field of cities and industrial zones.

The 4th conference of the Arab Union of Cities and Industrial Zones will be kicked off on Monday at Damascus-based Dama Rose Hotel with large-scale participation of Arab investors, researchers, and businessmen on the prospects of Arab and local investment. 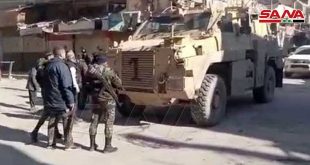 Syrian Arab Army intercepts a convoy for US occupation in Hasaka

Hasaka, SANA- Units of the Syrian Arab Army intercepted a convoy of US occupation forces’ …