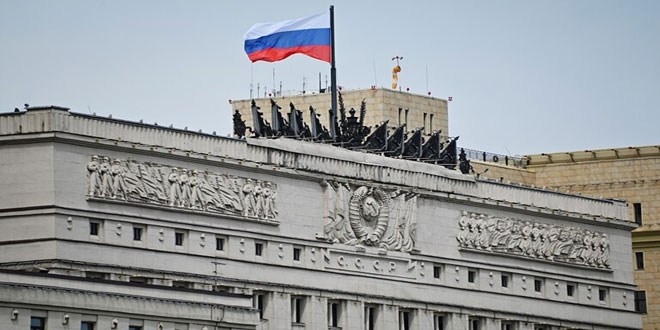 Moscow, SANA- The Russian Ministry of Defense announced that the terrorist organizations deployed in Idleb de-escalation zone have carried out ten attacks during the last 24th hours.

Deputy Commander of Russian Coordination Center in Hmeimim, Rear Admiral Vadim Kolet, said in a statement that 10 attacks were monitored from areas where Jabhat al-Nusra-linked terrorists are deployed, 5 attacks in Aleppo Governorate, 4 in Idleb and 1 in Lattakia.

The terrorist organizations deployed in the de-escalation zone of Idleb and a number of areas in its countryside carried out Saturday 9 attacks in areas and sites in the countryside of Aleppo, Hama and Lattakia.