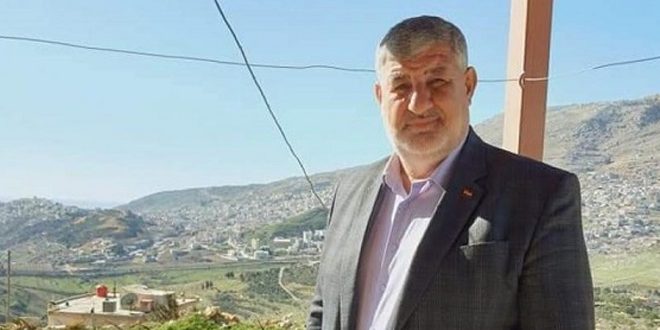 Damascus, SANA-The Cabinet mourned the liberated captive, Midhat Saleh al-Saleh, head of Office of the occupied Syrian Golan’ affairs at the Cabinet, who was martyred on Saturday when the Israeli enemy targeted him.

The cabinet stressed, in a statement, that those terrorist acts will only increase the determination of the Syrian Arab people to continue resisting the occupier and liberating the occupied Syrian Golan.

The statement condemned that cowardly criminal act, affirming that it is not strange for the criminal Israeli occupation to target the Syrians.

“The cabinet offers its deepest and sincerest condolences to the Syrian people and to the family and relatives of the martyr, asking God to have upon him ” the statement said.