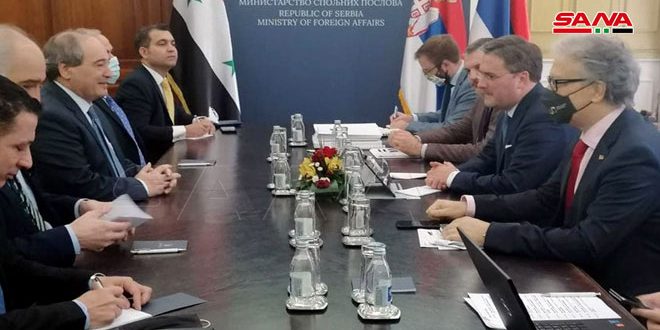 Mikdad briefed the Serbian Minister on the suffering and challenges to which the Syrians are facing as a result of the Turkish and US occupation of parts of the Syrian lands and the support provided by Turkey to terrorist groups in northwest Syria, as well as the United States’ support for separatist armed groups in the northeast of the country. Meanwhile, Mikdad congratulated the Serbian government on the successful arrangement of the high-level meeting on the occasion of the 60th anniversary of the founding of the Non-Aligned Movement and thanked the Serbian people and leadership for their generous hospitality.

In turn, the Serbian minister expressed his appreciation for Syria’s participation in the meeting, as it is one of the 25 countries that participated in the founding conference of the movement sixty years ago.

He affirmed his country readiness to strengthen and develop relations between the two countries, referring at the same time to the similarities between both countries in terms of the sanctions imposed on  former Yugoslavia and the current events in Syria. 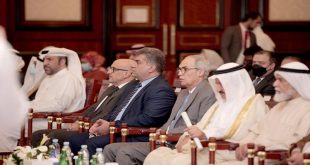 Damascus, SANA- Syria participated in the annual conference of the Accounting and Auditing Organization for …