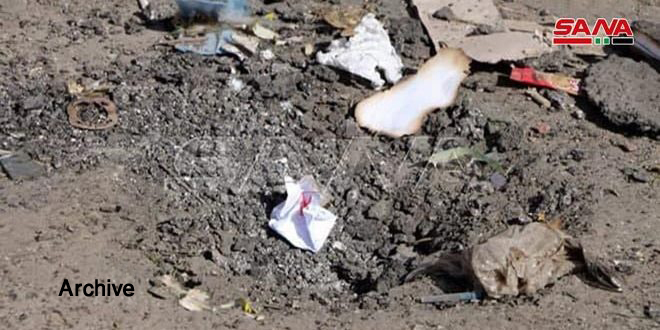 Quneitra , SANA – Two civilians were injured in blast of an explosive device left behind by terrorist organizations in Um Batna village in the Quneitra central countryside .

A Medical source at Martyr Mamdouh Abaza Hospital said, in a statement to SANA, that the emergency department in the hospital received two young men between (13 -16) , who were injured with shrapnel by the blast.

The injured were provided with the necessary treatment before they were transferred to the hospitals in Damascus to complete treatment, the source added.

2021-10-07
hybah
Share
Previous SANA reporter: Sit-in in front of the UN headquarters in Damascus to protest the “framework agreement” signed between UNRWA and the US
Next A civilian martyred,16 injured by fire of QSD militia in Tal Barak, Hasaka northern countryside