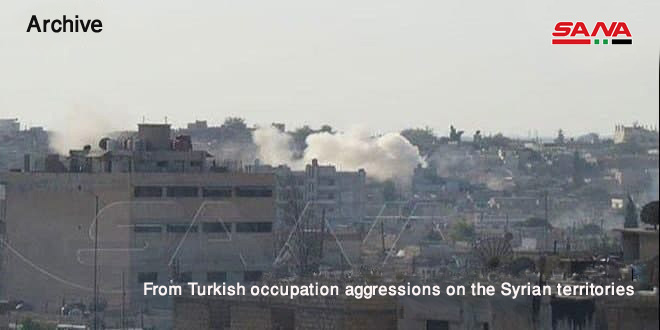 Hasaka, SANA- The Turkish occupation backed –terrorist organizations kidnapped a civilian and launched an assault against a tribal dignitary in Hasaka northwestern countryside.

The sources added that the terrorist groups of so –called “Suqoor al-Shamal “attacked a tribal dignitary in Badiea village in Ras al-Ayn area while he was trying to prevent them from entering the village to impose royalties and seize the people’s properties.