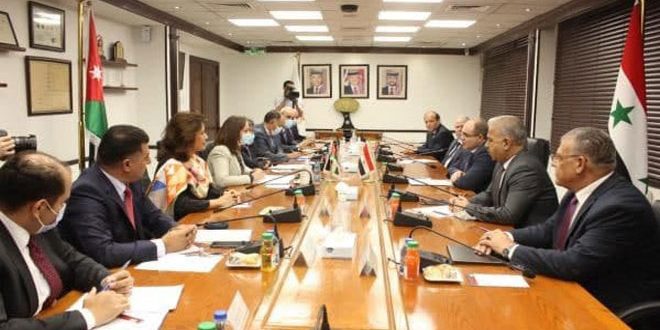 Amman, SANA- Syrian-Jordanian expanded ministerial meetings concluded the two-day talks on Tuesday in the Jordanian capital of Amman that aim to enhance bilateral cooperation in many economic fields.

The two sides had common visions and understandings to boost economic cooperation in the fields of trade, energy, agriculture, water and transport in the interests of both countries.

Ministers from both sides stressed the importance of developing a vision to raise the level of economic cooperation and deal with difficulties that may face the movement of trade exchange and transport.

A decision was taken to re-run the Jordanian Royal Airlines between Syria and Jordan as of October 3rd.

2021-09-28
m.eyon
Share
Previous Moscow committed to Syria’s sovereignty and territorial integrity
Next Mikdad: Syrian government to re-build what has been destroyed by terrorism 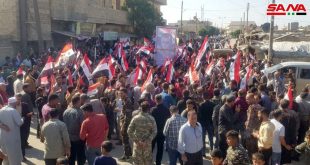 Popular gathering in Tal Raafat in condemnation of Turkish occupation

Aleppo, SANA- A popular gathering was held in Tal Raafat in Aleppo northern countryside in …