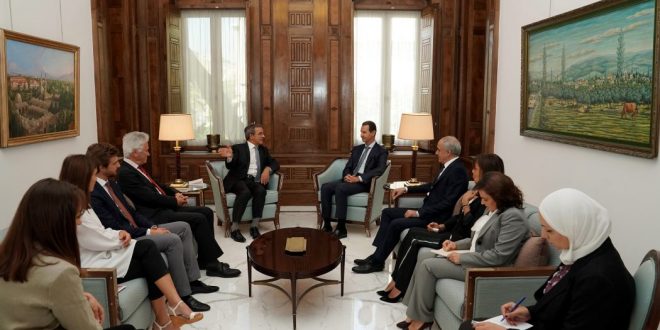 Talks during the meeting dealt with the development of the situation in Syria and the region, as President al-Assad answered the delegation members’ questions related to the situation on the ground and the difficult conditions in which the Syrian people live as a result of the sanctions and the unjust blockade imposed on them, noting that despite the negative effects of this siege in all aspects of life, However, the Syrians have learned how to create new ideas and solutions through which they can overcome difficulties.

President al-Assad considered it necessary to have a dialogue at the parliamentary, the intellectual and the cultural levels in order to analyze and understand the developments and changes taking place in the region and the world.

His Excellency stressed the importance of parliamentary and cultural delegations’ visit to Syria and the region to inspect the reality on the ground, and to be able to link political statements and reality, because what Europe suffers regarding the issue of refugees, terrorism and extremism is caused by its wrong policies in the Middle East.

The talks touched upon the role of the nationalism concept in the Arab region, identity and relationship between religion and politics, and the big challenges facing countries of the world as a result of extremism that has penetrated many societies, including the European ones, as a result of the failure of their governments to put right policies to achieve the integration of immigrants to Europe with retaining their original identity. 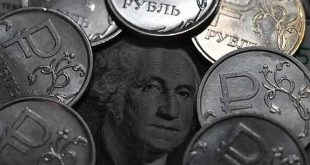 Moscow, SANA-The dollar fell below 62 rubles on the Moscow Exchange for the first time …