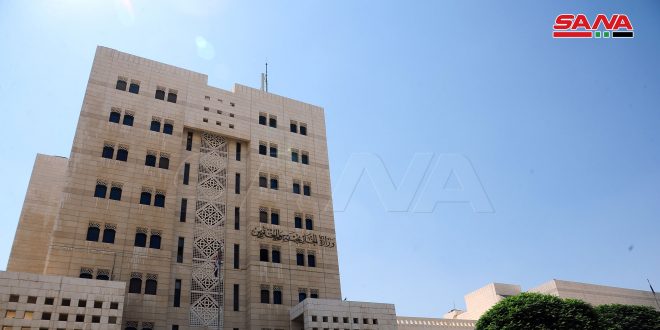 Damascus, SANA-Syrian Arab Republic strongly condemns the fabricated accusations being hatched by Israel, the US administration, Britain and some of Western countries which come in the framework of the systematized targeting against the Islamic Republic of Iran, an official source at Foreign and Expatriates Ministry said on Saturday.

The Source added in a statement that the Syrian Arab Republic, while reiterates its solidarity and support for the Islamic Republic of Iran against those false allegations and the hysterical campaign, is confident that Iran would be able to foil the US and Western steps that target it.

The source stressed that those accusations wouldn’t affect Iran’s patriotic choices and its constructive role in maintaining stability in the region against policies of the West and the Zionist entity to spread chaos and inflame tensions in the region.