Deir Ezzor ,SANA- US-backed QSD militia continued its criminal practices against the civilians in the areas it occupies in Syrian Al-Jazeera, preventing farmers from reaching their farmlands and harvesting their crops.

Local sources told SANA reporter that militants from QSD militia prevented farmers in al-Sabha town in Deir Ezzor eastern countryside to reach their agricultural lands and to harvest their crops in addition to fulfilling other agricultural activities.

The sources added that those acts by QSD aim to exert pressure on the civilians and enforce them to cooperate with the militia and recruit the youth of clans to fight with its ranks in implementation to the US occupation schemes, in addition to pushing whoever refuses to leave their areas to siege their properties later and issue false certified documents for this issue.

Meanwhile, local sources told SANA reporter that militants from the militia on Tuesday afternoon stormed into Zeiban town to the east of Deir Ezzor and kidnapped a number of its citizens leading them to unknown destination. 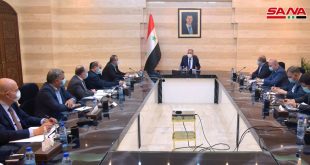