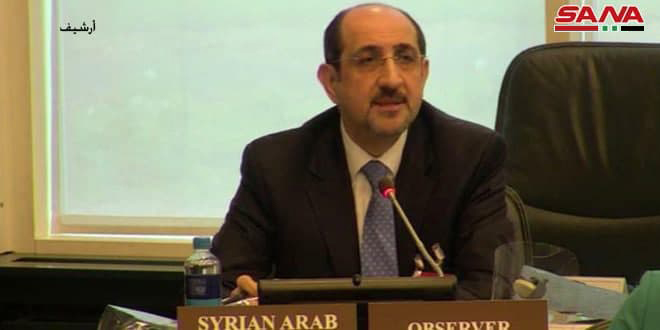 New York, SANA- Syria’s permanent representative to the UN, Bassam Sabbagh, affirmed that the State terrorism and the Israeli repeated aggressions on Syrian territories represent a flagrant violation of UN charter, rules of the international law and Security council resolutions which call for respecting Syria sovereignty and territorial integrity.

Sabbagh, in a statement submitted to the UN Security Council session on Wednesday on “The situation in the Middle East” , said that the series of Israeli repeated aggressions against Syria ,most recent of which was on Thursday , consolidate the policies of the occupation entity based on practicing “the State Terrorism”  and providing the continuous support to the terrorist groups in Syria in another blatant violation of the international resolutions concerned with combating terrorism ,referring that Syria notified the Security Council and UN General Secretary about the details of these aggressions and the dangerous threat they pose to the security and stability of the region.

He added that the Israeli occupation authorities continue attempts of consolidating its occupation of Syrian Golan in an unprecedented challenge to the international will and the relevant resolutions of the UN and Security Council ,in particular 242 ,338 and 497, through escalating the settlement on remains of the Syrian villages and territories destroyed by this occupation , seizing lands of Golan’s citizens and establishing settlement schemes such as starting to set up huge wind turbines on an area equal to one fifth of the agricultural farmlands remaining to citizens of Golan.

Syria’s representative renewed Syria’s call on the international community to put pressure on Israel immediately  and without any delay as it is the occupying force ,opening and operating Quneitra crossing that links Syrian people in occupied Golan with their country , reiterating Syria’s condemnation, with the strongest terms, the latest US proclamations in relation to Occupied Syrian Golan which affirm that the US policy against it comes from the Israeli perspective and serves its expansionist  aggressive policies in the area .

He stressed that such proclamations are null and have no legal effect and that the occupied Golan will absolutely be restored to the homeland with all means guaranteed by the international law.

Sabbagh voiced Syria’s regret about the continued ignorance in the resolutions of the General Secretary regarding the dangerous reality and the systematic Israeli violations against our people in Golan.

The Syrian diplomat reiterated Syria’s adherence to the Palestinian people’s cause which can’t be separated from its adherence towards the Syrians in Occupied Golan, and that it supports their right in self-determination, establishing a sovereign state on its whole territory with Jerusalem as its capital in addition to ensuring the right of refugees to return according to UN resolution No.194 for the year 1948. 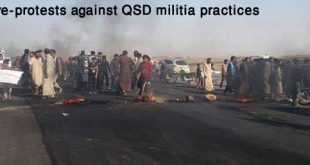 Deir Ezzor, SANA- US occupation backed QSD militia, carried out a campaign of raids in …