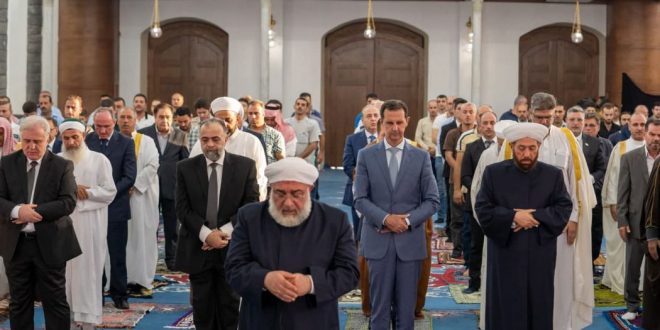 Minister of Endowments, Grand Mufti of the Republic, Homs governor and a number of clergymen, members of the People’s Assembly and citizens performed the prayer with President al-Assad.

Sheikh Issam al-Masri, who led the prayer, delivered the Eid sermon in which he affirmed the superior meanings of the occasion that teaches the person patience, values of sacrifice and martyrdom for the sake of Homeland.

Earlier, the President recited verses from Quran for the soul of Khaled bin al-Walid, the companion of the Prophet, before the prayer at the mosque which was restored from the sabotage that affected it by terrorism. 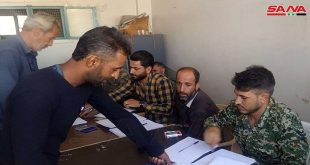 Daraa, SANA-The process of settling the legal cases of a number of militants, wanted persons …