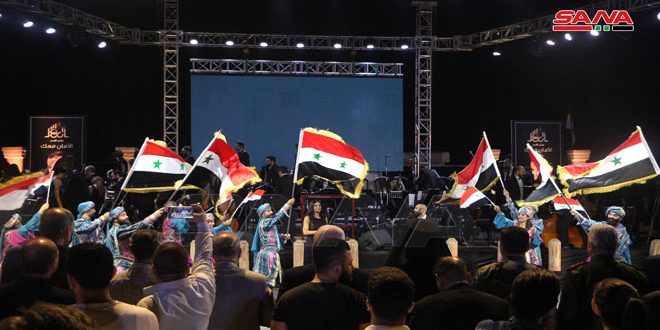 Daraa, SANA- An event entitled Oath Document (Watheqat Qasam) was held in Basir town in Daraa northern countryside to stress standing together under the leadership of President Bashar al-Assad.

People from Daraa, Sweida, Quneitra provinces, and other provinces participated in the event which took place on Sunday evening. The event was concluded by an oath in which the participants stressed their standing by the President al-Assad to build Syria and follow up work in all fields, aimed at developing the country and facing all challenges.