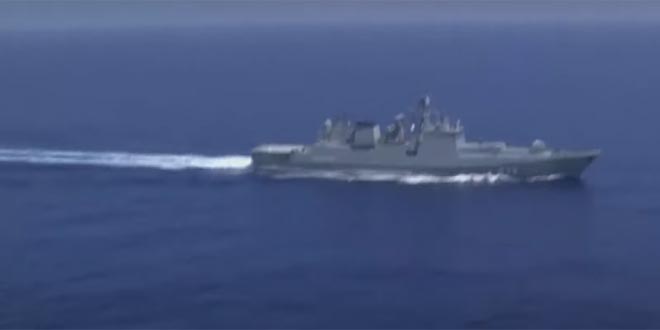 Moscow, SANA-The Russian Defense Ministry announced that its forces, during training in the Mediterranean Sea off the coast of Syria, carried out reconnaissance exercises under and over the sea and repelled an air attack from a supposed enemy.

The ministry said in a statement broadcast by RT Channel website that, within the framework of the combat training activities, training courses  were conducted on tactical maneuvers for carrying out reconnaissance operations above and under the sea, with the participation of Sukhoi Su-34 and Su-35 fighters, a Type 38 anti-ship aircraft and a Ka-27 anti-ship helicopter.