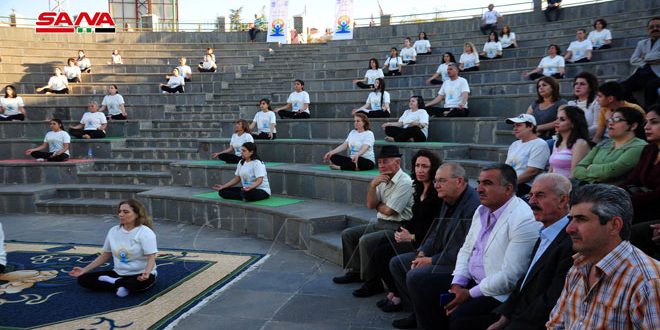 Sweida, SANA- Under the title “Yoga for Health”, the Indian Embassy in Damascus held on Saturday evening an event on the occasion of the International Yoga Day, which is celebrated on June 21st annually, at the Roman Faihaa Park in Sweida City.

The event included practicing physical exercises that embody the unified global exercises of yoga under the supervision of certified trainers.

Indian Ambassador in Damascus, Dr. Hifzur Rahman said a speech that the celebration is held on the occasion of the 7th International Yoga Day and its slogan this year was “Yoga for Health” because the world is going through a critical period due to the Coronavirus pandemic and we need health now more than ever. He added that the form and content of the approved slogan represent the universe and what is in it of land, trees, sun and sky so that we can send a message that the world is one family and learn from it peace, solidarity and fraternity.

In a statement to journalists after the event, the Indian Ambassador pointed out that yoga is a simple exercise that anyone can practice and is beneficial for health.

He expressed thanks to the Syrian state and those concerned at the governorate for their good cooperation and provision of arrangements and facilities to hold this celebration that strengthens the strong ties between Syria and India, which represent two ancient civilizations united by strong friendship ties and bonds, and that yoga has become one of the modern ties between them. 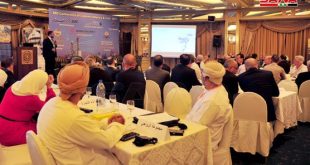