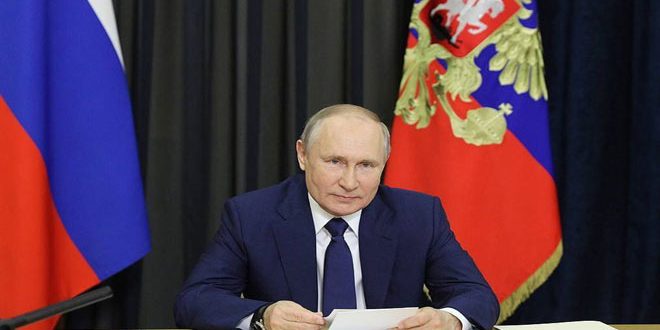 Moscow, SANA-Russian president, Vladimir Putin, affirmed that the Western unilateral coercive measures imposed on Syria which led to the ban of supplying the medical equipment are inhuman and unjustified.

In an interview with American NBC TV, Putin said that restrictions on the supply of medical equipment and medicines to Syria have not been lifted until now, even in cases of infection with the Corona virus, and this is simply an inhumane act, and nothing can explain such a hard attitude towards people.

Russia has repeatedly stressed its rejection and condemnation of the unilateral coercive  measures imposed on Syria by US and other Western countries  , which primarily harm the Syrian citizens, contrary to what the West claims.