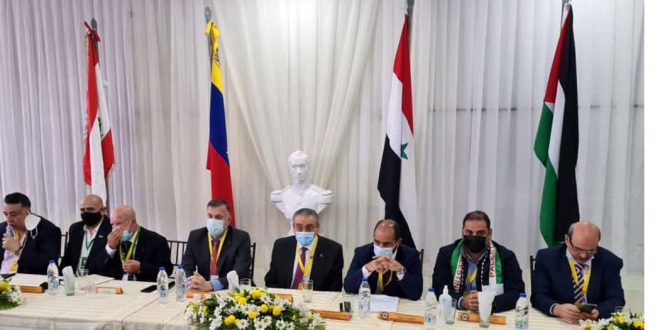 Caracas, SANA- FEARAB-Venezuela Organization affirmed full solidarity with Syrian people against the unilateral coercive economic measures imposed on the country by the western states, stressing that these measures are one tool of aggression on the Syrian people. FEARAB, In a final statement of its extraordinary conference which was held at the Syrian club in Maracay city in the Venezuelan state of Aragua, expressed its sincere congratulations to the Syrian people on the success of the presidential election and the winning of Dr. Bashar al-Assad for the post of president of the Republic.

The statement pointed out to the victories of the Syrian Arab Army in the war against terrorism and the aggression forces. It reiterated that the Golan is an occupied Syrian Arab land and its people are Syrians, and the Golan must be liberated from occupation.

The Venezuelan Foreign Minister, Jorge Ariasa, in a letter recited by Governor of the Venezuelan State, congratulated the Syrian people on the remarkable success in achieving the presidential election entitlement.

2021-05-31
nisreen
Share
Previous Syrian team comes first in the Arab open competition for the mental calculation
Next Foreign Ministry: Statements of US officials about Syria “detached from Reality” 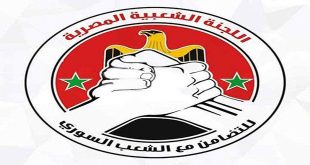