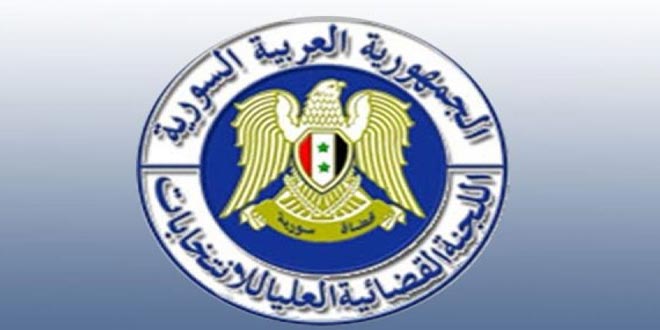 Damascus, SANA- Member of the Higher Judicial Committee, Judge Nuri Fares, stressed that Syria’s territories are considered as one ballot station according to the general elections’ law as Syrian citizens, wherever they are inside Syria, who have all election conditions can cast their ballots in the nearest electoral station.

Speaking to SANA delegate, Fares clarified that any Syrian citizen who completed 18-year-old can vote in their nearest ballot station regardless of their location inside the Syrian territories, indicating that all stations are equipped with all logistic requirement needed to complete the electoral process while taking all procedures required to contain coronavirus.

He added that the sub-committees, in coordination with the administrative heads, finish on Sunday swearing in the legal oath specified for the presidential elections to be conducted on May 26th.

Regarding the geographical distribution of ballot stations in every province, Fares stated that specifying them is set after coordination between the subcommittees and governors.

2021-05-22
Baraa
Share
Previous The consulate general of Iran opened in Aleppo
Next 7,000 athletes participate in “March of Amity ” in support of the presidential elections