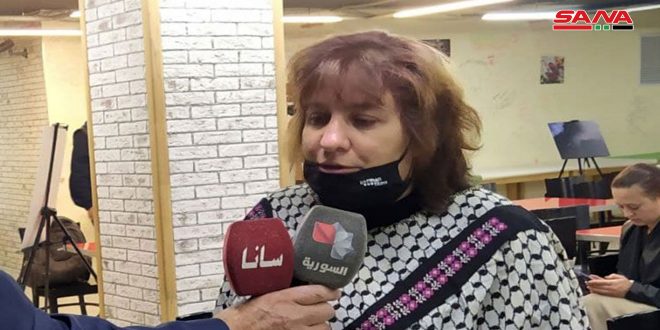 Moscow, SANA- Former member of the State Duma and Russian political analyst Darya Mitina has affirmed that holding the presidential elections clearly reflects the democratic situation which Syria is going through.

In an interview with SANA correspondent in Moscow, Mitina said that she participated within the international observers who came to keep pace with the election process of the People’s Assembly in May 2012, and she noted the integrity of the elections and the political pluralism that Syria is witnessing, which the Americans and their allies claim that it doesn’t exist.

On the other hand, Mitina stated that for more than ten years the Turkish regime has been trying to destabilize the internal situation in Syria in the service of its narrow interests and its aggressive activities in the region.

She noted that the Russian people never trust the Turkish regime, but they have full confidence and respect for Syria, which has remained fast in the face of terrorism and its backers.