27 Palestinians, including 9 children martyred, more than 100 injured in Israeli aggression on Gaza Strip 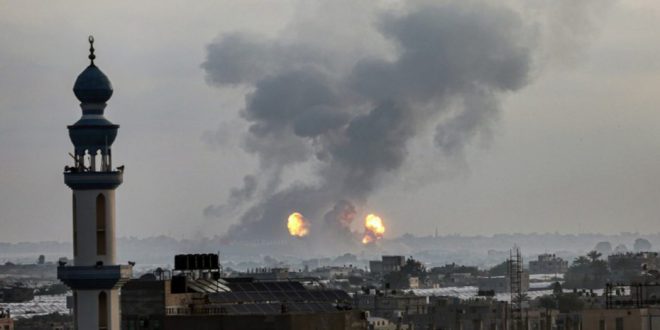 Occupied Jerusalem, SANA-The number of victims of the continuous Israeli aggression on the Gaza Strip has risen to 27, including 9 children, while dozens were wounded.

Earlier, Palestinian sources told Wafa News Agency that warplanes of the occupation forces have carried out sorties on several areas in the middle and the north of the Gaza Strip which resulted in the martyrdom of a Palestinian and the injury of others as the total number of martyrs has risen to 21 while 75 others were wounded, four of whom are in a critical condition.

A previous toll had indicated that 20 Palestinians, including nine children, were martyred, and 65 others were wounded.

The Israeli occupation air forces also targeted the vicinity of the only power station in the Gaza Strip, which led to a blackout.