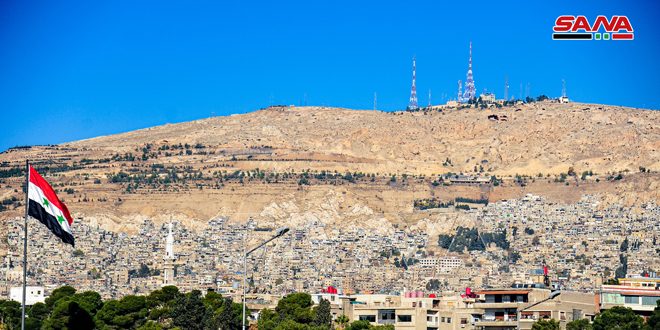 In a letter addressed to the European Commission’s representative in Nicosia entitled “Supporting the Syrian Medical Community,” Aganthilo said that  “The Cypriot  Doctors Syndicate supports the efforts of the medical community in Syria, especially in light of the spread of the Coronavirus and the lack of equipment that causes big loss of life and calls on the European Commission to consider lifting sanctions for humanitarian, health and medical reasons.

He pointed out that “the sanctions have a negative impact on health care issues and cause more suffering, especially in light of this epidemic.”

For their part, members of the Syrian community in Kuwait called on the European Union to “take urgent measures to end the economic siege and unilateral coercive measures imposed on the Syrian people.

In a letter addressed to the European Commission, members of the community stressed the need to respect the choices of the Syrian people in determining their future, electing their leadership without any dictates, and work to restore diplomatic relations with the legitimate government and open direct communication channels with it with the aim of ending the suffering of the Syrian people who have faced international terrorism and its economic tools for ten years.

In a similar message, the community members called on Pope Francis, Pope of the Vatican, to urgently move to end the suffering of the Syrian eople as a result of the terrorist war supported by the West and the Western economic blockade imposed on it.

Meanwhile, the Syrians’ Association in South Africa sent a letter to the European Union Commission in Johannesburg calling for the immediate lifting of the unilateral Western coercive measures imposed on the Syrian people.