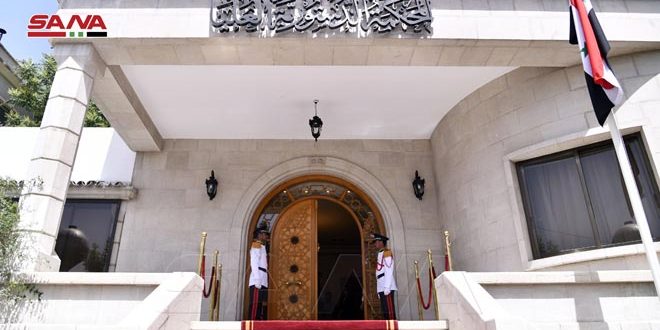 Damascus, SANA- Chief of the Supreme Constitutional Court, Mohammad Jihad al-Laham, announced on Thursday that the court received 6 applications of complaint by the candidates whose applications to run for President were rejected by the court.

“The court has received 6 applications of complaints… the court’s general panel will meet and give decision in those applications and the specified legal durations,” al-Laham told SANA in a statement.

On May 3rd, the Court decided in its initial declaration to accept the candidacy applications of Abdullah Salloum Abdullah, Bashar Hafez al-Assad and Mahmoud Ahmad Mar’ai to run for president.