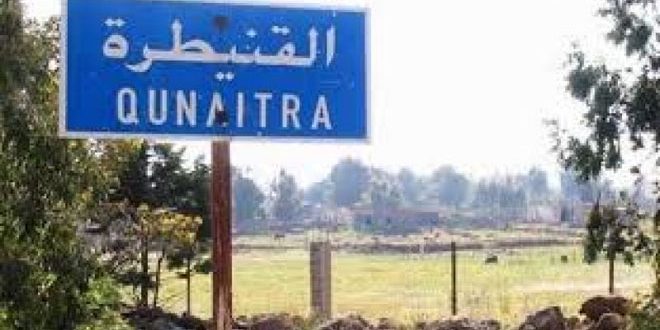 Quneitra, SANA- The Israeli enemy launched after midnight an aggression on one of the areas in Quneitra.

SANA’s reporter in Quneitra said that a helicopter for the Israeli enemy carried out an attack with a missile after midnight on one of the areas in Jubata al-Khashab town in Quneitra countryside.

The reporter added that the aggression didn’t cause any damage.

Israeli aggression with a helicopter on an area in Quneitra no damage 2021-05-06
ruaa-jazaeri
Share
Previous Health Ministry:70 new coronavirus cases recorded, 196 patients recover, 8 pass away,
Next People’s Assembly … Martyrs’ Day an occasion to adhere to land, principles and sovereignty