Sei village in Sweida : fascinating picture that attracts visitor with its scenic nature 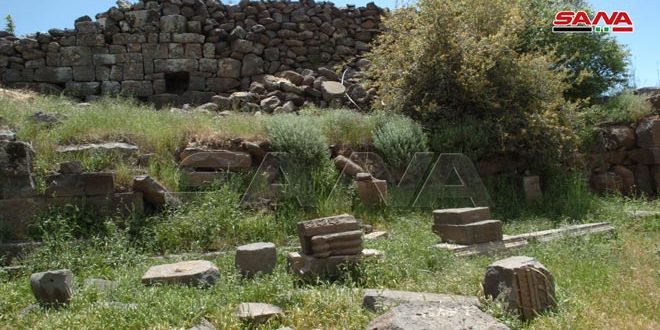 Sweida, SANA- Sei village which is located to the east of Sweida city, is distinguished by its picturesque mountainous nature, its clean air and its fruitful and forestry trees that spread among its black volcanic stones, which form with its archaeological sites a fascinating painting that attracts the visitor. The rural village of Sei, which is distinguished by its height, overlooks Qanawat town, which is rich in its historical monuments that enjoy a moderate climate in summer and snow in winter.

Director of Tourism Department in Sweida, Yaroub al-Arbeed, told SANA that Sei has an important tourist, environmental and archaeological potentials, in addition, it is a tourist destination for lovers of ecotourism, hiking and adventure due to its charming nature.

Al-Arbeed pointed out that al-Ghar valley, which was called the Valley of Gold, passes through Sei village to continue its way to Qanawat town, and it has a number of bridges, and it contains a large number of ponds that were designed in the Roman era. He affirmed that Sei is one of the important archaeological sites in the province and in southern Syria, as it was a pilgrimage for the Aramean and Arab tribes in the first millennium BC, and ancient artists immortalized it in wonderful paintings that decorated the entrances to their temples and the balconies of their homes.

Among the most prominent features of its ruins is the Temple of Bel-Shamin , or the God of the heavens, which is the largest ancient temple in southern Syria that dates back to the period between 32 and 1 BC. It consists of a structure and a yard and is distinguished by the beauty of its floral decorations carved with vine shapes. Al-Arbeed stated that during the past seasons of excavation, an ancient bronze statue representing the god of children, Harbo balls, and a number of stone finds and ancient coins were revealed in the past, in addition to breaking a stone altar and remnants of two Greek writings and coins dating back to the Nabataean and Greek periods.

It is about three kilometers from the town of Qanawat, to the southeast. 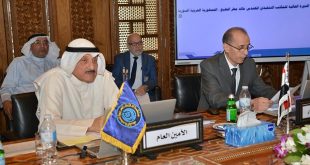