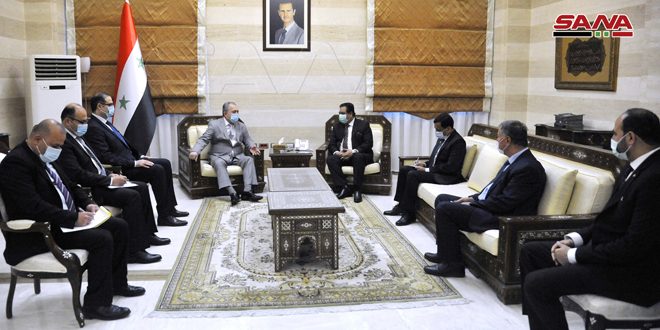 Damascus, SANA-Prime Minister, Hussein Arnous, stressed the importance of enhancing Syrian-Pakistani relations and formulas of cooperation between the two countries, in addition to the economic cooperation in the interests of the two brotherly countries and peoples.

Arnous , meeting Ambassador of Islamic Republic of Pakistan in Damascus, Saeed Muhammad Khan, said Syria is ready to push bilateral relations forwards in various fields, particularly in the business sector, pointing out to the historic and fraternal relations etween the two countries.

Prime Minister added Syria thanks and appreciates the government and people of Pakistan for the support they provide to Syria at international forums and their standing by the Syrian people in the fight against terrorism and the illegal economic blockade imposed on the country.

For his part, the Pakistani ambassador affirmed his country’s continued support for Syria in various fields, particularly in the humanitarian and relief ones in light of the unjust economic blockade. 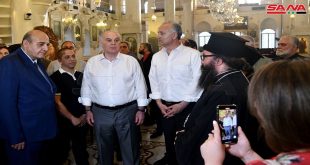